By Leonardo,
December 18, 2020 in News and Announcements 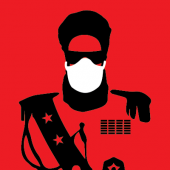 THE NEW SERVER   1. What is UG:MP UG:MP stands for Underground Multiplayer and it is a platform just like SA:MP which you can download and install. It'll be released on 25th December.   2. What are we doing on UG:MP? We're opening a roleplay server just like in SA:MP. Except, it'll be a higher level roleplay server. It'll contain a character system as visible in screenshot above, and will have variety of roleplay rules such as character rules, m
Recommended by LocMax