Unrealistic RP from the PD

By Champion,
June 22 in General 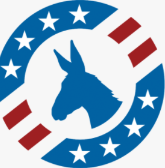 One thing that gets me is why do people feel the need to tar an entire group with the same brush? Don't say cops only play and enjoy the game when there are criminals. Because frankly I would much rat

More than you I will tell you that

The whole management is a part of the law enforcement, they have the power to do anything they want even if such a thing wouldn’t happen irl. This also means they can make every voulenteer a part